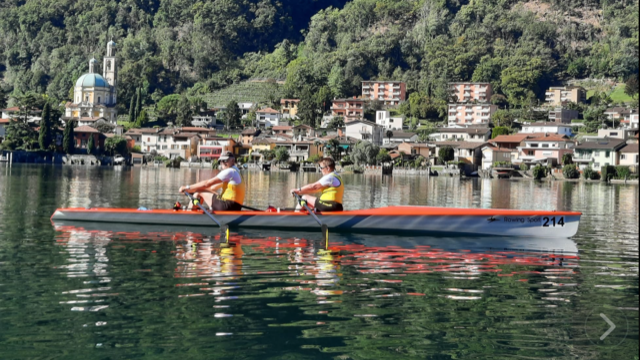 Rowing on Christmas day –  Married Couple and Percy are rowing across the Atlantic.

Adam Baker and Charlie Fleury will row their boat Percy 3,000 miles for more than 40 days to raise money for charity

We have posted about one of the toughest rowing event before.  There are male and female crews on their way but also mixed crews. Couples even.

We remember: In 2012, the husband and wife team Helena and Richard Smalman-Smith made a crossing to Barbados in just over 75 days. Read (Full article in Guardian) here an update from Jane Clinton and Press Association: Two married NHS A&E doctors will spend Christmas Day together on the high seas as they race across the Atlantic to raise money for charity. Adam Baker and Charlie Fleury, both 31, are competing in the Talisker Whisky Atlantic Challenge and will row 3,000 miles (4,800km) over the course of more than 40 days in a 24ft boat called Percy – short for Persistence.

They will be up against 35 other crews in what is hailed as the “world’s toughest rowing race”. They are likely to row about 1.5m strokes, burn in excess of 5,000 calories a day each and battle 30ft waves before they reach the finish line at English Harbour in Antigua in the Caribbean.

The trip will mark the first time in six years the pair have both been “off” for Christmas at the same time. However, there will be little chance of them being able to rest or indulge in festive treats. Instead, the couple will take it in turns to row Percy, swapping every two hours around the clock.

Baker said he was “looking forward to pushing through our perceived mental barriers and taking on the extremes of the ocean”.

Fleury said: “It has been incredibly hard to keep the momentum going despite being so mentally fatigued with work pressures, but what good practice to prepare for this ultra-endurance challenge.”

It is quite an ambition given that the longest the couple had rowed together before they set off was just five days. But they say their role as A&E doctors at the Royal Devon and Exeter hospital will have prepared them for the challenges ahead and that being a husband and wife team is an advantage.

Baker, who previously suffered from sea sickness, said it was his wife’s idea to take part after she went on a polar expedition in Norway, camping under the northern lights in -20C temperatures.

When their sailing challenge was delayed for a year because of their commitments during the Covid-19 pandemic he used the time to research sea sickness cures so he could join her.

The pair have set their sights on raising £100,000 for the Devon air ambulance, the RD&E charity, which supports the Royal Devon and Exeter NHS foundation trust, the RNLI and Mind.

They are also hoping to use their experience to help research into how ultra-endurance sporting events affect men and women differently.

Keeping their energy up during the race, which set off on 12 December from La Gomera in the Canary Islands, has also taken some research. Their food for the trip comprises mainly lightweight, calorie-dense foods that can be stomached at sea and snacks including nuts, crisps, nut butters, protein powder and chocolate bars.

“It was really, really magical and was definitely an early Christmas present which was awesome,” she said.

Under the team name Emergensea Duo, the couple will attempt to break the mixed pairs record for the crossing, which they state on their website is 43 days, 15 hours and 22 minutes.

Wolfgang Zelloth rowed a coastal Marathon in Austria at Lake Wörthersee. Alone, by himself in a coastal double. No competition – just for fun “I’m 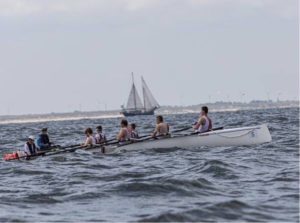 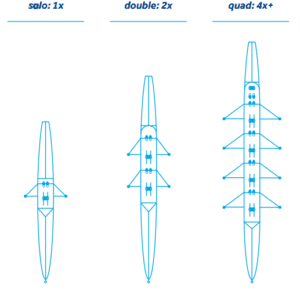 Which boat classes are used for Coastal Rowing?