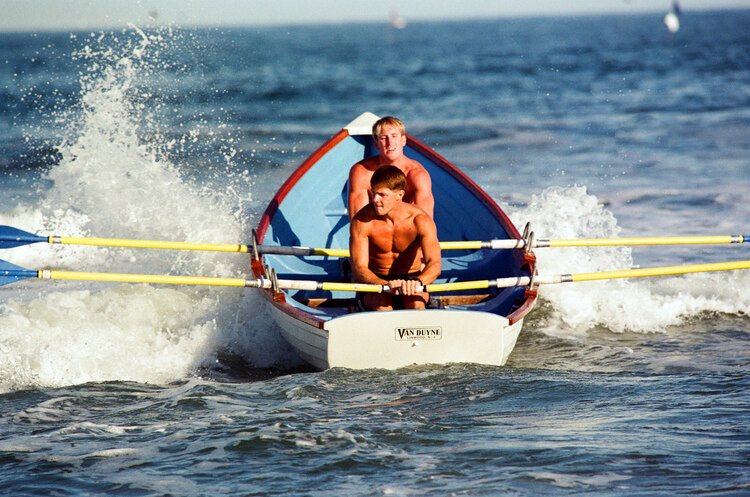 Read this interesting article and understand the difference: Lifeguard rowing in South Jersey: “Lifeguard races held on the sands of Atlantic and Cape May counties have forged families of rowing champions, local lifesavers who became legends of navigating the surf. There were the Swifts and the Smallwoods, the Funks, Frankels and Foxes, the Howarths, Bergmans, McCanns, Graves, Goudys and Garbutts (picture Credit:sevenmiletimes.com).
The United States Rowing Association, known as USRowing, has added a new category to the sport — Coastal Rowing, open-water wave crafts that engage in beach sprints through the surf. The new class of rowing is inspired, in part by, the historic lifeguard rowing in South Jersey, birthplace of the surfboat. Read the full article by THOMAS SYKES for The Press of Atantic City.
With the International Olympic Committee’s consideration of coastal rowing’s acceptance as a sanctioned event by the 2028 Olympics in Los Angeles, USRowing turned its sights east of the Garden State Parkway. There it found its program coordinator, former national crew team member and Ocean City Beach Patrol lifeguard Daniel Garbutt.
“It’s now beyond the technique of flat-water rowing. You must know the ocean,” said Garbutt, a former South Jersey singles rowing champion and currently the head coach of the Old Dominion University women’s crew team. “The sport really is similar to the surfboat racing that has been so unique to our region since, well, forever.”
Surfboats have been crafted in Atlantic City since the early days of the nation. Prior to and throughout the 19th century, the Van Sant shipbuilders of Gardner’s Basin built “Jersey Whalers” fit for waves when fishing, transporting cargo or fighting the British as local privateers. In 1849, the first life-saving station armed with lifeboats opened where Ocean Casino now stands. In 1881, the year after the widening of the Boardwalk and the start of the Camden-Atlantic City railroad service, the resort town established the early Atlantic City Beach Patrol staffed with volunteers also using rowboats. The South Jersey Lifeguard rowing championships started there in 1924, and for the past sixty years, the Van Duyne family has constructed the lifeguard boats used by most Jersey coast beach patrols.
“Surfboats, moving well in and out of the surf, has always been a South Jersey thing,” said Garbutt. “It’s a job, a fun sport, and a culture.”

Coastal Rowing has been around since the 1980s in both the United States and non-Olympic international competition but only for races of 4,000 and 6,000 meters. It wasn’t until 2019 that China held the first World Champion Beach Sprints, one-on-one launches from the sand out through the waves, rowing 250 meters around a flag and back, ending with a sprint up the beach. The range of categories, each with three rounds of racing, spans from singles to doubles to quads, male, female and mixed. France, Spain, China and others have already funneled this high-performance sport through their current national teams.
USRowing could no longer resist. Garbutt was hired last April, and he and USRowing acted quickly to recruit for June time trials in Sarasota, Florida. “We had incredible high-performance athletes from all sorts of nationwide clubs and schools, both Under-19 and Senior (ages 19-40). The thing was, not many had rowed in open water before, only flat water.”
“While you must know the ocean, flat-water technique is a must,” said certified coastal rowing coach and Ventnor Beach Patrol captain David Funk. “Our local schools’ crew programs are just as acclaimed as our lifeguard racing history. An action sport that bridges the two is exciting for the entire rowing community,” said the 10-time South Jersey rowing champion.

The boat makes the difference

“Lifeguard boats are a tool to be used in the surf,” he explained. “Coastal rowing boats are fast racers.” Single coastal boats out-measure a typical lifeguard boat at about 19 feet in length, while doubles extend to roughly 23 feet, and quads are 35 feet and 309 pounds. They are longer, wider and closer to the water.
“Unlike Van Duyne lifeguard boats, the coastal boats have crew shell elements — fixed oars, sliding seats and curved oar blades. Lifeguards aren’t taught that,” added Funk, a 16-year Mainland crew coach and now a Margate Fire lieutenant. “However, a lifeguard knows the ocean, how to navigate through surf, keep a bow into a wave, ride a swell. When it comes to the ocean, it’s all training and experience. Otherwise, it can be dangerous. Thrilling, but dangerous.”
It was for this reason USRowing staff member and former national Spanish rower Marc Oria led the team to the Barcelona coast for three weeks of intense training. “Not yet having a fully-funded program, the athletes were left to train on their own, and many didn’t even live by a coast,” said Garbutt. “Oria got the team the experience in the surf they needed. And out there, Spain’s team was already watching tapes of South Jersey Lifeguard championships. I was proud. ‘That’s us,’ I thought.” September arrived and the first USRowing Coastal Beach Sprints team was off to Portugal for the World Championships.
“We fielded seven of the eight events,” said Garbutt, “winning a silver medal in mixed-junior doubles and a bronze in senior mixed-quad. It was impressive for a first outing. The word is starting to get out, and the best in the world are starting to show.”

Locals like Tom McCann are destined to build coastal rowing and groom the best in the world right here in South Jersey.
McCann, an author, retired Vineland principal and a lifetime lifeguard, patrolled the beaches of Sea Isle, Ventnor, Wildwood, Upper Township and even Hollywood, Florida, for 40 years before creating the Vineland High School crew program. He, Garbutt, Funk and Sea Isle City’s Tom Feaster, a former USRowing delegate, have started the Coastal Rowing Chapter of the South Jersey Rowing Club.
Their board of co-trustees is packed with fellow local legends such as John Swift and Daniel Adams of Margate, Joseph Grimes of Ocean City, and Joseph Guenther of Brigantine. All of these former champions of crew and lifeguard races share the same goal: to grow tradition, give everyone a chance to row in the surf and cultivate South Jersey contenders at the highest level.
“We already have guys we could send, lifeguards and crew team members, that could win international gold medals,” said McCann. “What we want to focus on is the youth, the grade-schoolers racing through the summer. Kids no longer need to be a lifeguard or on the crew team to row. Clubs no longer need an expensive eight and a boathouse. We want to bring that to everyone.”
USRowing is hopeful other communities, East Coast and West, will follow with clubs of their own. As of now, the organization’s unofficial headquarters is Doc Holland’s Boathouse in Ventnor Heights, which leaves the inconvenience of transporting the boats to the beach for use. However, Atlantic City Beach Patrol Chief Steven Downey foresees a potential and historically fitting home for the new club.
“It’s an exciting blend of sport that we consider our own. We’d be open to discussion on housing boats along with ours, potentially on Albany Avenue. Between the ACPD and the Stockton Police, it’s a safer stretch for equipment with good beach access and open-area launches away from bathers,” said Downey. While the ACBP has 44 active lifeguard boats, McCann and USRowing face the opposite problem. There are no boats,” said Garbutt. “They’re not made in America, and they’re not yet mass produced for us.”
“It’s all about the mold,” Funk explains. “These aren’t typical fiberglass. It’s a composite. And, of course, there are racing stipulations on their construction.” While McCann hopes to acquire at least two coastal rowing doubles boats by summer, USRowing will need a lot more than that. “Last year we were grateful to borrow a little more than a dozen from Florida’s Coastal Rowing USA,” said Garbutt, “but we’ll need more this year and boats of our own. It’s all about getting the word out and finding the support.”
Nationally and locally, Garbutt and McCann are on the same mission. Both wish to see contests and sponsored events in Atlantic City. Downey agrees. “Surfboat races are always fun. Maybe local competitions and sponsored events could help bring visitors to town,” he said. “Coastal rowing could also bring interest to our work as lifeguards. We could always use more qualified candidates. We had to hold two tests last year.”
As for Garbutt, his sights are set on the next USRowing team. “The focus for now is to get the best of the best and win the 2022 Worlds in Wales,” said Garbutt. “There’s nothing like riding on a wave to victory. And I want our national team carried off the beach on shoulders, arms raised, gold medals around their necks, maybe make a rescue along the way,” Garbutt. added “South Jersey style.”
Advertisement 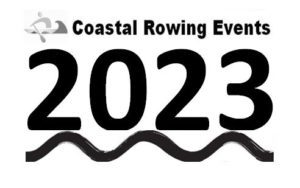 Update: February 1st: It’s that time of the year again. Slowly but surely many coastal event organizers are going to publish their events. Our team 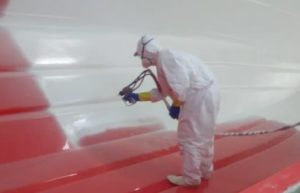 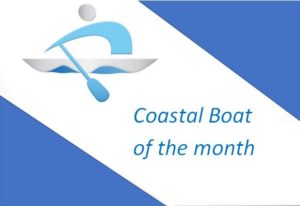