Coastal boats are made for saltwater. Their body, their rigging systems all fit salty water. The boat will definitely withstand corrosion resulting from salty water and salty winds.  Plus: Good to know: Your boat goes slightly faster than in fresh water. There is a correlation from boat speed and salt water

When salt is dissolved in water, as it is in ocean water, that dissolved salt adds to the mass of the water and makes the water denser than it would be without salt. In trivial exaggerated terms water turns into slow rinsing honey. Now, imagine you are rowing in salt. Because objects float better on a dense surface, they float better on salt water than fresh water. The denser the salt water is, the easier it is for objects to float on top of it. In other words: Since salt ions are heavier than water molecules, the dissolved salts increase the mass by a large proportion of the volume, making it denser than fresh or pure water.

What does it mean for your boat:

Look at the cork picture. Your boat does not sink into the water as much as it does in fresh water. Scientists call this buoyancy force. A boat displaces the weight of water equal to its own weight. Salt water has a higher density than fresh water, so your boat will not sink as far into the water. With more hull and body mass in the water, resistance is increased. And vice versa: In salt water less body mass is in the water, the boat will face less resistance.  That’s why lighter boats are reducing the weight of a boat and always enables it to go faster. Are there any scientific date for boat speed and salt water: We found an increase of  1 to 2%, though, so don’t expect a huge change.

Off course there are always different opinions. There are some voices saying, boats go faster in fresh water because it is less dense. Less density means less friction while water displacement. Some boat users in blogging forums state, boats will go about 1-2% slower in saltwater because there is more resistance caused by salt particles.  We cannot verify this theory. Maybe we will find an expert soon.

Assuming two of  the same boat shapes, assuming also you all row in fresh water: A heavier boat displaces more  weight/water. What about a carbon boat, where you save  ca. 10/15% of weight? The less displacement or weight of a boat, the deeper it will rest in the water. Very likely, the lighter boat will go faster than your standard boat. We are not talking stiffness – weight only. So yes – your carbon boat will be faster.
Basically, the higher your boat floats, the less hull in the water, the less drag on the hull moving through the water. This applies also if you compare your boat with others in fresh water. This dynamic goes back to the Archimedes Principle. Archimedes, an Italian scientist found out, the downward force on the object in water is simply its weight. The heavier the boat, the more water displacement, the more sinking into the water.  So your waterline (hull to upper water line at your boat) will maybe not 40 cm but eventually 42 cm. Your lighter boat will be faster.

Another speed relating factor: Water temperature: Colder water has a higher density than warmer water and will allow watercraft to float higher on the waterline. Warmer water is less dense, and therefore your boat will tend to sink a little lower. This can slow down the boat. The higher a boat is on the waterline, the faster they are going to travel. Variations in salinity also cause the freezing point of seawater to be somewhat lower than that of freshwater. If saltwater is colder, it can have a higher density than cold freshwater. 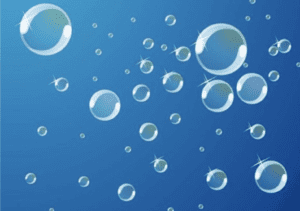 Rowing in the heat: Can I get dehydrated while I’m rowing? You need to replenish lost fluids if you’re on the water and exercise seriously. 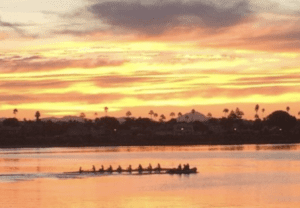 Rowing and other water sports on hot days –  no problem, or should you stay inside? We have some tips for you! Much research has

The European Rowing Coastals 2022 welcome club rowers from around the world to compete in an international competition. The races will take place along the